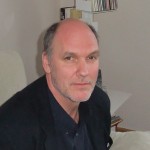 This paper is a response to what I see as the urgent need in sociolinguistics to take on board class as a key construct in research exploring a range of language in society issues. This need has arisen in recent years as the economic crisis of 2007/2008, far more persistent and long-term than many had initially imagined, has brought to the fore many of the basic contradictions of capitalism (Harvey 2014), not least deepening and increasing inequality and socioeconomic stratification which engenders class conflict. My proposal is interdisciplinary, as it aims to link thought and scholarship in political economy (the academic field in which the most cutting-edge discussions of the current state of the world are taking place) – as well as sociology, anthropology and geography – to sociolinguistics research in an explicit manner, thus developing a research agenda and what will be, in effect, a class-based sociolinguistics. The paper is organised in two parts. First, I discuss a series of key conceptual issues in need of in-depth exploration in class-based research. These issues include the validity of class as a construct in the study of 21st century societies around the world; the compatibility/incommensurability of Marxist and Weberian versions of class; the realities of class in itself and class for itself; the intersectionality of class with identity inscriptions such as race, ethnicity, gender, nationality and language; and class as an affective and psychological phenomenon. I then propose a class-based research agenda for sociolinguistics. This will be done in very general terms, which means that those attending the lecture will have to think about applications to their specific research contexts.

David Block is ICREA (Institució Catalana de Recerca i Estudis Avançats) Research Professor in Sociolinguistics at the University of Lleida (Spain). He is Fellow of the Academy of Social Sciences (UK) and holds two honorary posts: Honorary Research Fellow, Birkbeck College, University of London and Visiting Professor, Institute of Education, University College London. Over the past 25 years, he has published articles and chapters on a variety of topics, including globalization, migration, multiculturalism, multilingualism, identity, narrative research and second language teaching and learning. He is currently interested in the impact of political, economic, sociological, anthropological and geographical phenomena on multimodal practices of all kinds (including social movements, multiculturalism, bi/multilingualism and the acquisition and use of languages). In his most recent work he has focussed specifically on neoliberalism as the dominant ideology in contemporary societies and social class as a key dimension of identity. He is co-editor, with Deborah Cameron, of Globalization and Language Teaching (Routledge, 2002) and co-author, with John Gray and Marnie Holborow, of Neoliberalism and Applied Linguistics (Routledge, 2012). He is sole author of The Social Turn in Second Language Acquisition (Edinburgh University Press, 2003); Multilingual Identities in a Global City: London Stories (Palgrave, 2006); and Second Language Identities (Continuum, 2007; re-issued by Bloomsbury in 2014 as part of its Classics in Linguistics series) and Social Class and Applied Linguistics (Routledge, 2014). He is Editor of the Routledge book series Language, society and political economy and Associate Editor of the journal Applied Linguistics Review.