The laborious birth in 1443

For a long time from the foundation of the first Korean kingdom, learned people used borrowed Chinese characters to read and write, even though both spoken and written Chinese was fundamentally different from Korean. They were the only tools for recording speech and thought in Korean. Writing in Chinese characters adapted to Korean, the writing systems called Idu, Gugyeol, Hyangchal and Gakpil appeared; yet, none of them was efficient enough for the native language. Also, it could have been perceived as more prestigious to be equipped with the authentic Chinese, rather than to get involved with Koreanised Chinese writing systems.

However, Chinese characters were not available to everyone. King Sejong (1397–1450) took pity on the illiterate because their native language could not be written down in their own characters. Thus, he invented the Korean phonetic symbols of consonants and vowels for his people, originally named Hun-min-jeong-eum (the correct sounds to instruct the people). The king’s intention was worthy of great respect, but opposed and ignored by the majority of aristocrats, even called Eonmun (vernacular script). CHOE Manri (?–1445), leading a group of pro-Chinese scholars, protested by writing a lengthy letter to the king in 1444, saying, ”…We in the government of Chosun have sincerely served the greater country with full respect, and also have been steadfast in following the Chinese precedent. It is striking to have created Eonmun, when we should share the same orthography and manners with China. Would it not be embarrassing to serve and follow China if it happens to hear of the making of Eonmun? No letters have been created for the reason that a different dialect is spoken. Mongolia, Japan, Tibet, Western Xia and Jurchen may have their own letters, but it is a matter of barbarians, not even worthy of mentioning…”

In such a manner, the easy phonetic alphabet was deprecated by the learned, but better appreciated among women and less learned people in the society.

Aware of such opposition before he declared the invention of the unique alphabet, King Sejong had planned to have Yong-bi-eo-cheon-ga composed in it: poetry to praise the establishment and justification of the dynasty and to wish Chosun a glorious prosperity full of wisdom. By doing so, he hoped that the aristocrats would not dare object to his invention, as criticising the poetry written in Hun-min-jeong-eum could be equated to looking down on the history of the Chosun dynasty. He lived a mere four years after the unveiling of the Korean alphabet, dreaming of a cultural identity for Korea through its independent script.

His son, King Sejo (1417–1468), wished to encourage the use of the alphabet all over the country; hence, he included books written in the Korean alphabet in the government official selection test, and ordered the books taught at the elite educational institute. He also endeavoured to have Buddhist books as well as various practical books translated into the Korean alphabet, for distribution among the common people.

Practically, Hun-min-jeong-eum prospered better under the rule of King Seongjong (1457–1494), who had a variety of books including Confucius classics such as Analects, Mencius, Doctrine of the Mean, and Great Learning transcribed into the Korean alphabet. Chosun’s governing ideology was Confucianism, which emphasised the need to govern the country: to be loyal to the king, to show filial piety to parents, to respect teachers, and to show friendship to one’s fellows. The book containing these basic Confucius principles, Samgang Haengsildo, was translated to teach all the people, regardless of class. Moreover, King Seongjong commanded that edicts be issued in the Korean alphabet, taking into account the needs of women and children. Moreover, he wrote official documents and letters in it from time to time.

The king’s use of the Korean alphabet comforted the helpless and powerless people suffering from the Japanese invasions (1592–1598). The Eonmun gradually spread to the people everywhere in the country. Then the first novel written in the Korean alphabet swept over the country. The aristocrat named HEO Gyun (1569–1618) chose the alphabet of the lower class to work on his masterpiece of popular literature, which ridiculed the corruption and irrational behaviour of the upper class in the 17th century. This came at a time when the people were devastated after the war against Japan, excessively taxed and deprived by the authorities. The novel was not only manually copied by readers but also read aloud in the marketplace and on the street. In the following generation, another aristocratic novelist, KIM Manjung (1637–1692), revealed his loyalty to the country and filial piety to his mother using the Korean alphabet. As above, the kings and some aristocratic scholars were willing to use the Korean alphabet to communicate with the people. Still, it was treated as a humble writing tool and not accepted in the mainstream of the learned community until the end of the Chosun dynasty.

The phonetic symbols became the official alphabet of Korea in 1894, when the Gabo Reform was carried out by the last king of Chosun, Gojong (1852–1919). The Reform was a result of the Donghak Peasant Revolution, which was provoked among the agitated peasantry by the tyranny of their rulers. In fact, a Korean schoolbook had already been in use at Yugyong Gongwon (the first modernised Korean school, founded in 1886) before its official adoption. The school textbook, Saminpilji (the knowledge for all the people: a world geography book), had been written and taught by Homer Hulbert (1863–1949) an American Methodist missionary who protested the Japanese policies. Even earlier, the Bible had been gradually translated into Korean since 1881.

After all, the Korean alphabet was appreciated better than before, and academic research on it exploded in the late 19th century, while Japan was becoming more and more influential on the Korean peninsula. In 1896, the first Korean daily newspaper, titled Tongnip Sinmun, was published along with its English version, The Independent. It presented systematised spellings and spaces between words, results of the research. Likewise, the linguistic research in Korea at the time was deeply concerned with the Korean orthography serving its spoken language.

The Korean alphabet was named Hangul in 1910, by JU Si-gyeong (1876–1914), one of the most respected Korean linguists. He had the belief, ‘the country rises when its language rises’, and gave it the name of Hangul, which means ‘great single alphabet’. Ironically, Korea came under the rule of Japan in the same year. The patriotic linguist must have integrated his wish into the name of his beloved national alphabet, being agonised by the miserable situation facing Korea.

After the annexation, Japan implemented policies to obliterate Korean national identity. One of them was teaching Japanese as the national language (Gugeo: the language of the home country) of Korea. Therefore the native language was called Chosuneo (the language of Chosun). The teaching hours of Japanese at school increased, whereas those of Korean decreased. Korean was eventually abolished. Even speaking Korean was not allowed in public. Newspapers and magazines published in Hangul were all forced to cease publication.

In 1942 and 1943, dozens of members of the Korean Language Society (a society for Hangul and Korean language research, founded in 1908) were arrested, charged with membership of a nationalist movement. YI Kŭngno[1] (1893–1978) was one of them, who sparked the Hangul movement with his general view of the language: ‘The language is the very soul of the people, and the orthography is the life of the people.’ They were severely tortured by the Japanese police, and some of them died in prison. So were the novelists, poets and other writers who insisted on Hangul.

Through the persecution, Hangul, ‘the life of the people’, paradoxically entered the era of its prosperity, so as to keep the language, ‘the very soul of the people’. It is no wonder that Hangul Day (9 October: the day of the announcement of Hun-min-jeong-eum in 1446) was launched in 1926 for its annual celebration, during the times of its severe persecution. The Korean language could not have been preserved as it has now without Hangul. When Korean nationalism was stimulated by Japanese oppression, Hangul played a very important role in uniting the people, resisting the obliterating policies.

Figure 1. Weekly teaching hours of Korean and Japanese at elementary school. Based upon Hangul Jeonjaeng (Fights for Hangul), KIM Heung-Sik (2014)

Hangul and the Republic of Korea (1948–present)

Upon the liberation from Japan in 1945, United States Military Government in Korea produced over a million copies of Hangul cheot georeum (the first step to Hangul), written by the Hangul Society (new title of the Korean Language Society) and distributed to elementary and secondary schools. Korean elementary and middle school textbooks were also published in Hangul. Simultaneously, there was a movement to abolish Japanese words from Korean. The Committee for Pure Korean was set up in 1947, and the brochure of Urimal Doro Chatki (regaining our language) was circulated throughout the nation in 1948.

Furthermore, the Association for Korean Entirely in Hangul started the movement to abolish Japanese signboards and switch Japanese terms to Korean in 1949. The trend of using the native national language in the independent Korea reinforced another Hangul movement a couple of decades later, for which the Hangul Society made an official statement to the public in 1964:

CHOE Hyeon-bae (1894–1970) was an advocate of writing Korean entirely in Hangul, during the contemporary period of the mixed script. He saw the use of Chinese characters as a symptom of privileging foreign culture in Korean society, because Korea had been bound to the cultural community of China. Hence, he claimed that staying in that sphere was no longer necessary in modern Korea. Meanwhile, every newspaper used to mix Chinese characters with Hangul heavily. But the use of Chinese characters has diminished year by year since the Hankyoreh (one nation: the first South Korean newspaper written only in Hangul) was released in 1988.

Nowadays all types of written materials, including newspapers, demonstrate the principle of ‘Korean entirely in Hangul’. In modern Korean society, Hangul has a status superior to any other writing systems within Korea; however, inclusion of Chinese characters in school books was vigorously debated a few years ago. Presumably, it is because the Korean people at present regard them as part of the Korean language, but not the writing system of China. Even if it were the case, would a certain element of nationalism operate on the objectors to the reactivation of Chinese characters? If the answer is ‘yes’, Hangul must be the national identity of Korea, indeed. 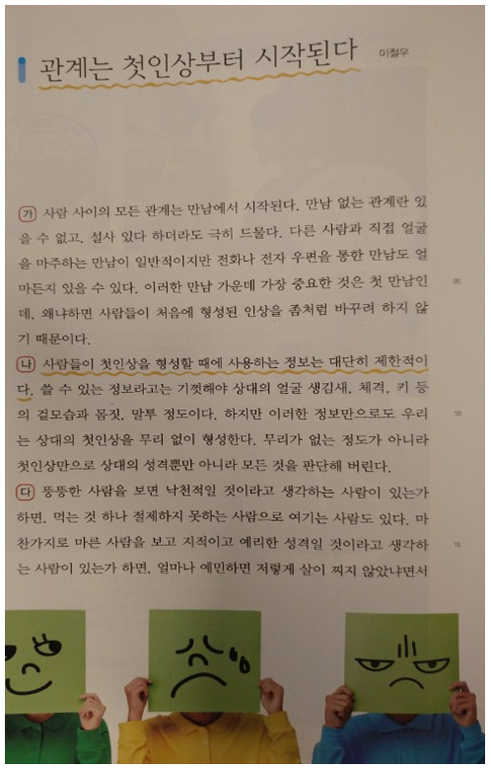 Picture 2. A middle school Gugeo (the national language) published in 2015

[1] YI Kŭngno (or Geuk-ro) was born to a poor farming family in the countryside. After having attended a modernised school in the south for two years, he left Korea for Manchuria in 1912. He continued his education in Shanghai, China and in Berlin, Germany. Returning to Korea in 1929, he became a member of the Korean Language Society and organised a research team to produce the Korean dictionary.

Jeong-Young Kim is University Lecturer in Korean at the University of Helsinki.